Hyltorna Farm is a small farm located in Kungsäter in the border between three "landskap" ( administration parts of a country) Västergötland, Halland and Småland. The farm is located in Västergötland but belongs to Halland county. Just a few kilometers to the south is the former Danish border. In the east rises the roads towards the highlands of Småland. 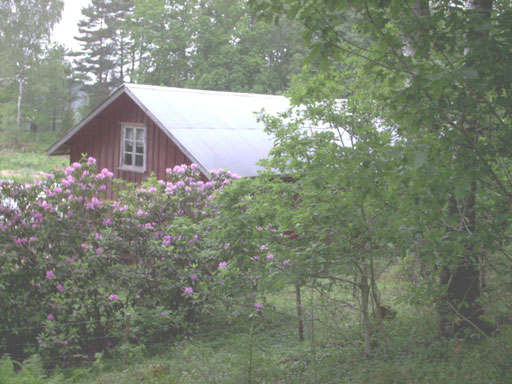 The farm that originates from the 1800s, has been farmed by the family since the early 1900s. Current users are the third generation, and took over responsibility for the farm in 1988. The family, however, has been around Kungsäter since the early 1800s when the ancestor, Casper Börjesson, moved in from Fagered with his family, ie another three generations. In old records is described  a branch of the family  residing in Kungsäter already in 1600's second half.

During the early 1900s, a family with ten children lived of what the farm could provide with the help of a cow, sheep, goats and chickens as pets. Today grows vegetables both in open field and in greenhouses.

Besidesthe crops there is also a weaving studio and a workshop for the manufactureing of handicrafts gear.

In the surroundings there are interesting formations in nature. How about a giant stone, said to have been thrown away by a giant, a crevice which is always filled with water, ancient mounds and pathways that remind us of people's work in ancient times.